Why Use a Fuel Injector Cleaner?

The gasoline you put in your engine is far from pure or stable and, with daily use, deposits of carbon material can build up in your fuel injectors and intake valves.

If you drive your car in cooler climates or are doing a lot of stopping and starting around the city, you are more likely to get a build-up of carbon deposits as the fuel does not detonate as cleanly, leaving some residue which can bond to the inside of your engine with the heat.

These deposits build up and, over time, affect your engine’s performance. This carbon build-up can lead to lower fuel economy, poor performance, increased carbon monoxide emissions, stalling and making it much harder to start.

In simple terms, your car will not run as well or last as long if you let carbon deposits build up in the engine. And the gas bill can really hit you in the back pocket!

What Exactly Are Fuel Injector Cleaners?

Fuel injector cleaners are products that are typically added to the fuel tank, although some require direct access to the engine or oil. The additive works through the fuel injectors, intake valves and carburetors, removing the carbon build-up from the cylinders and pistons.

The most common active ingredient for this is called Polyethylene, or PEA, although others such as PIBA and PNA. These all work by breaking down the bonds between the carbon deposits and the engine parts they are stuck to. 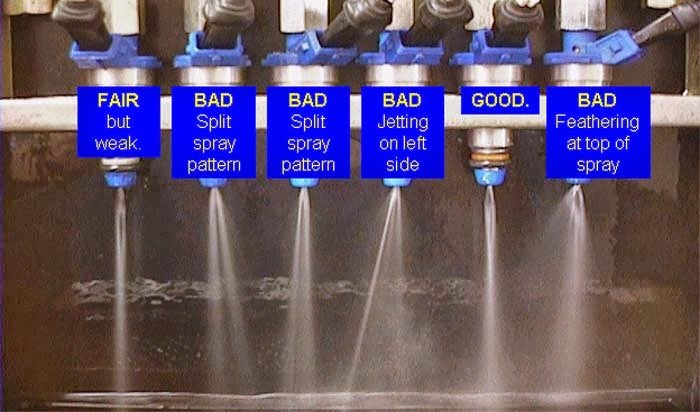 Once this bond is broken they come away and it can break them down further and they get expelled via the exhaust gases.

You also often find Isopropyl Alcohol in these additives. This is used when the fuel has separated out as when it does this, it becomes far harder to get the fuel to ignite.

To cure this, it mixes with the water that has separated out, and this change allows it to recombine with the rest of the fuel, making it much more combustible. It also has the other advantage of decreasing the freezing point so any water in your fuel system will not cause cables to split when the temperatures drop.

There are many fuel injector cleaners and fuel additives on the market, some are much better than others, so make sure you get a good one or you may find you are not improving anything, just wasting money, or potentially even causing your engine damage

Before you dash out to buy any of these, it should be noted that if your car is new, or the engine clean, then there is not much to be gained from these additives and some evidence that they can actually make it worse!

However, your car’s performance will be significantly improved if your fuel system is free of carbon build-up. The process couldn’t be simpler and you don’t need any mechanical know-how to use it: simply choose your product, add it to your oil or fuel tank as instructed, and it’ll get rid of all those funky deposits as you drive around!

How to Promote a Sports Car Business on Social Media

Car upgrades in 2022 you should know about

The Car Buying Process: A Step by Step Guide

The Car Buying Process: A Step by Step Guide

How Do I Choose the Best Car Shipping Company in My Local Area?

How to Promote a Sports Car Business on Social Media