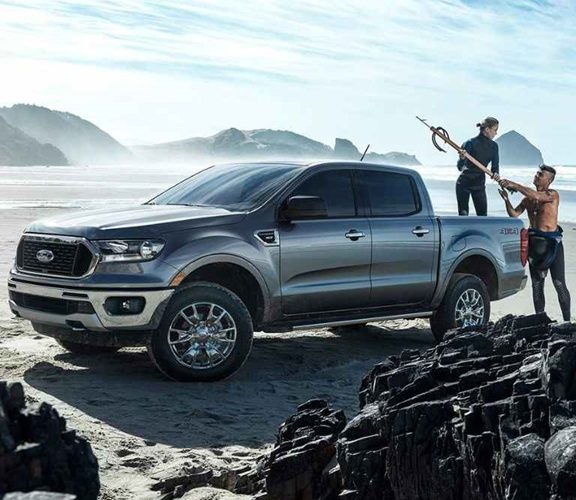 As one of North America’s most important automotive companies, Ford has built a reputation for regular innovation. At a time when more consumers are looking for green alternatives, Ford’s EcoBoost engines have been a landmark in innovation, andin an automotive market increasingly dominated by SUVs, Ford made the controversial announcement that it would be dropping production of every car in its line-up save the iconic Mustang. Sometimes, however, this innovative drive has meant that popular models get dropped from production to make room for new experiments.

Given how many nameplates have been cycled out of North America or retired over the years, perhaps it isn’t surprising that over the next couple of years, Ford is focusing on bringing old classics back into circulation — which is why 2019 and 2020 will be exciting years for fans of vehicles like the Ford Ranger and Ford Bronco. While details are still coming out about some of these vehicles, it is clear that Ford is maintaining its commitment to innovation even as it revisits its back catalogue.

The Ford Ranger has gone through several iterations since it first appeared as an independent model in 1983, but new Rangers haven’t appeared at the local Ford car dealership since 2011, when the last of the third generation models rolled off production lines. However, the Ranger remained a popular vehicle in other global markets, including South America, and unlike other discontinued Ford nameplates it has never entirely ceased production.

When it returns in 2019, the Ranger will maintain many of the elements present in global models, but with a completely re-constructed bottom chassis and some of the most exciting new tech, including rear-mounted cameras. As a mid-size pickup, the Ranger is being marketed as a competitor to the Toyota Tacoma, Chevy Colorado, and Nissan Frontier, and an alternative to the larger Ford F-150.

The Bronco may never have been as famous as Ford’s flagship F-series, but as Ford’s answer to off-road classics like the Jeep CJ-5, it carved out a prestigious niche for itself among rugged SUVs. The first Bronco rolled off production lines in 1966, and over the next three decades five generations of Broncos would play a vital role in the development of the SUV class of vehicles.

Rumours of the Bronco’s return have been circulating for years, and in 2017, more than two decades after production on the last generation of Broncos stopped, it was announced that Bronco would be making a big return in 2020. Bronco’s main competition is clearly intended to be the Jeep Wrangler, and given the Wrangler’s popularity, it is likely that there will be a ready-made audience eager to see what the new Bronco has to offer.

Given the number of major changes Ford has made to its engineering and line-up over the past few years, it is clear that America’s oldest automotive company is eager to keep pace with a changing market. One sure way to do this is by taking popular models, updating them with the latest features, and targeting the competition, and it may well be that with a bold re-design the Ranger and Bronco might go on to become 21st century classics.

The Average Cost of Car Repairs: A Price Guide

The Average Cost of Car Repairs: A Price Guide

4 Benefits of Getting a Canopy for Your Truck

How to Decode the VIN ?